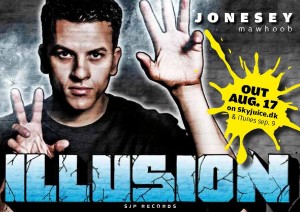 The much anticipated latest single by talented reggae/dancehall/hip hop artist and songwriter, Jonesey Mawhoobis entitled ‘Illusion’ and will be released on 17 August 2011, available for down at Skyjuice online store on ITunes on 9 September 2011. The song is written by Jonesey. It is dancehall track which warns females of their illusions with regard to some males – the ever elusive relationships.

The track starts with a catchy, fast-paced rhythm, on which the artist shows off his deejay skills, and as the song progresses you find it hard to sit still!.

The Illusion single is produced by SJP records. It is Jonesey’s  second released single, with two remixes on the way.

Jonesey is a versatile lyricist/actor. His innovative style is a variation of conscious reggae/ dancehall style and fast rapping, with soft, mellow and rough voice qualities.

Jonesey’s musical background is hip hop, he has worked in various genres and writes material for other artists as well. He got to know the reggae culture through his Caribbean family in Copenhagen. He says “I feel this music deeply in my soul” as deejaying /toasting comes so naturally. 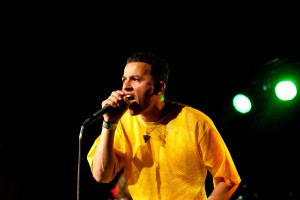 watch out for in the future.

The Illusion single is available for sale at the Skyjuice online store!