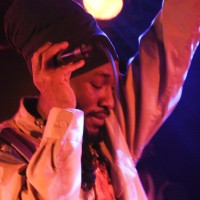 Jamaican roots reggae artist Jah Turban is coming out again with another big single, entitled ‘She love me’

[Scroll down to play this song]
After a number of successful roots rebel singles, like ‘Fiwi time now‘, ‘Working man‘, ‘Move vampire‘ to name a few. Jah Turban has ventured towards a empress roots composition which shows Jah Turban as a versatile singjay/ songwriter.
‘She love me’ is a song that paint a natural earthical picture of how the Roots empresses and the roots kings can share true affections together, as Jah ordain it.
So people get ready  for the release of this track *She love me* to be on the streets through iTunes, Sky Juice Reggae Promotion store and most online music distribution outlets within two weeks from now.
We think you will like it, so stay in tuned HERE for the release date,(it could be next week) can’t wait!

IN THE MEAN TIME LISTEN