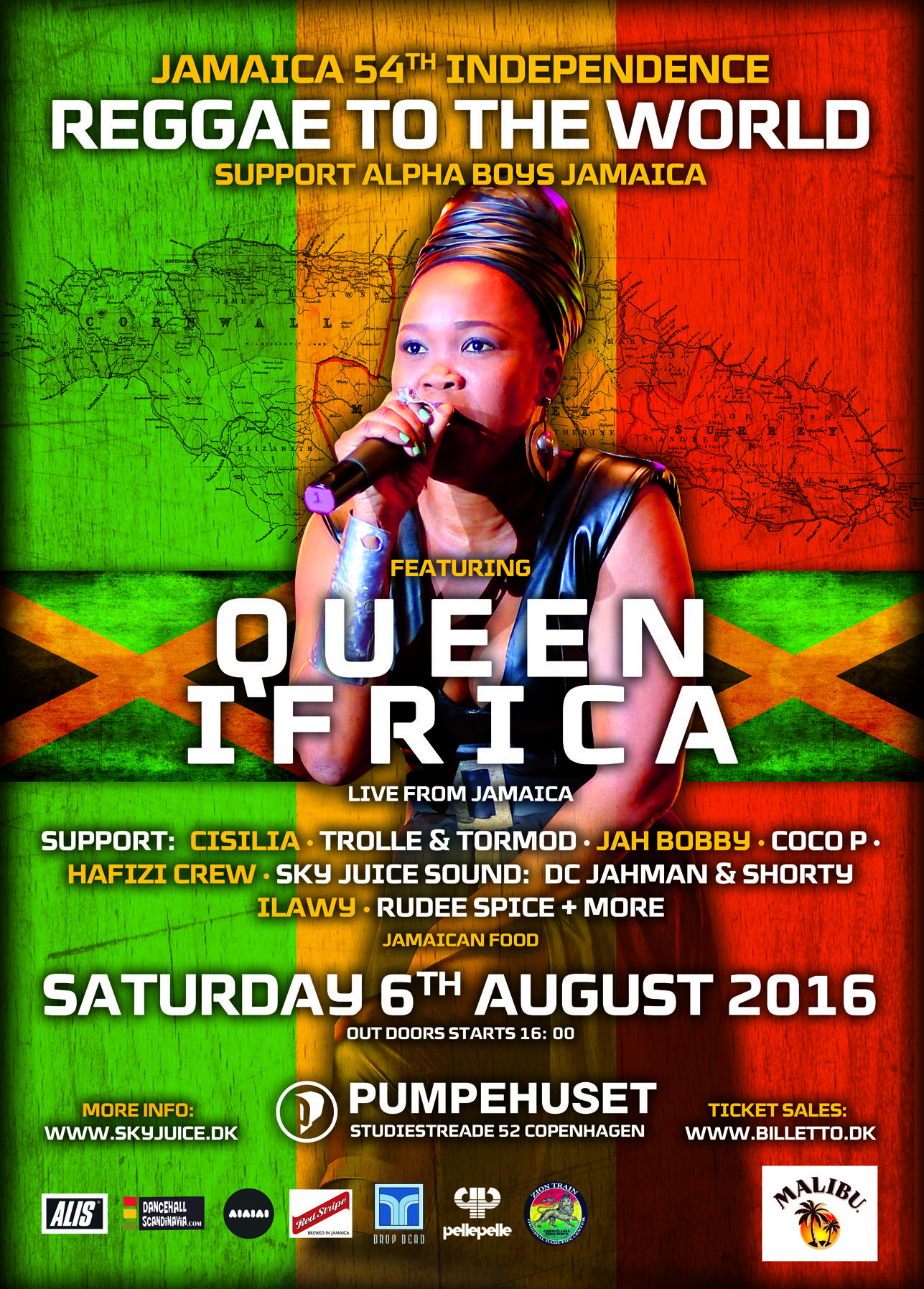 Queen Ifrica is the daughter of ska legend Derrick Morgan. With roots firmly secured in the Rastafarian faith, she blossomed as one of the top cultural artists she combines social criticism with good reggae beats swarming the airwaves with hits like “Randy”, “Jus my Brethren”, “Below the Waist” and “Daddy” and stealing the stages at major festivals and stage shows around the world (Summer Jam in Germany, Sierra Nevada World Music Festival, Bob Marley Festival, Reggae on the River in California and Reggae Sundance Festival in Holland).

As an active community leader, Ifrica is involved in several outreach programs for children in Jamaica’s inner-city and charity shows where proceeds are donated to the cause. Queen Ifrica have been turning concert halls and festivals upside down with her catchy vibes,

Ilawy
Has since his arrival from Dar-Es-Salaam Tanzania in the mid 80’s been amongst the pedigree of the Danish reggae scene. Well-known for his silky voice and lively performance, Ilawy takes the groove to higher levels on stage as well as in the studio with his appearance in various bands such as Japaf, Nobody Beats the Beats and Ashtiani & Baltzer.

Working with reggae producer System Failure Ilawy has released the single Stand Firm on the Copenhagen-based Crucial Sounds label. Ilawy is truly an experienced singer and performer and a joy to watch every time he enters the stage. Ilawy
Facebook: https://www.facebook.com/Ilawy

Jah Bobby
The Veteran Jamaican singer entertainer known as Jah Bobby started singing at age 8 but it was not until 12 years ago that he seriously made the right move to explore his musical talent. Jah bobby has a unique voice styling, which is compared to Skelly of Israel Vibration (who have played one of the best roots reggae concerts in Copenhagen).

Jah Bobby is a staple in the Copenhagen area with a rich history of music, flowing through his body and down through his toes. he is part of the history of reggae in Denmark.

Rudee Spice
Who is a Soul / Reggae singer and song writerAfter big successes with the songs ‘Love is what I want’ with (Sound Of Seduction) and ‘Now That We Found Love.’ Rudee Spice latest single ‘Don’t Look Any Further’ is making a lot of head waves in the underground. He is currently working on a new EP entitled what’s going on.

He has been performing on many stages in Europe and has been support to Kymani Marley, Fantan Mojah, Author Conley, Anthony B and Herma Franklin to name a few. This artist music is all about the positive message especially for the yutes cause they are the future.Rudee Spice is a great performer and will nice up any dance hall and stage show.
Facebook: https://www.facebook.com/RudeeSpice/?fref=nf 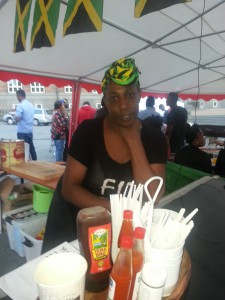 Celebrating Jamaica’s 54th Independence you have to have Jamaican food