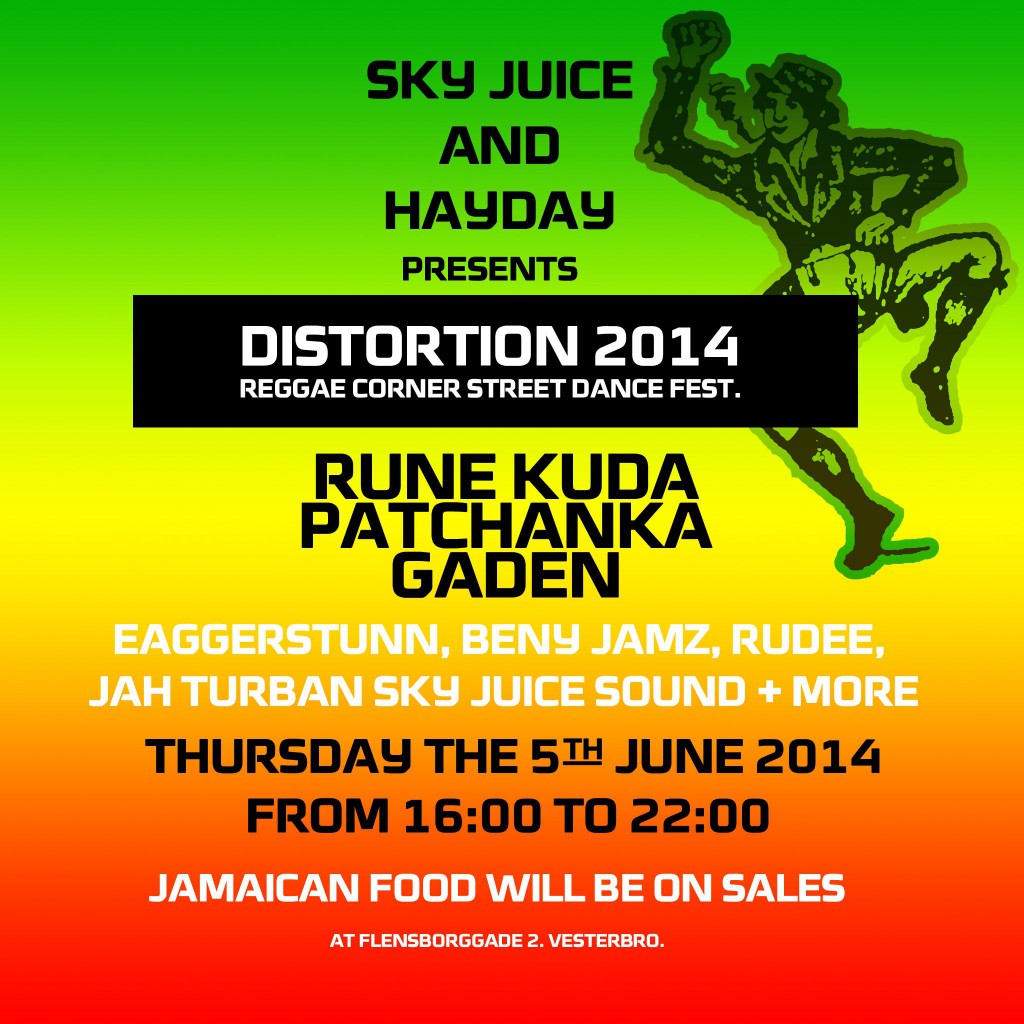 Tell it to the nation

After last year’s massive turnout at Blågårds Plads where over 12,000 people came through, we have now made reggae to be a part of Distortion.

So for this year 2014, we are going to shell it down on the 5th of June on Flensborgggade 2 in Vesterbro.

An all star line-up of the most talented artists Jamaican/Danish reggae, dancehall and world-scene will guarantee 100 percent fully loaded live entertainment.

The street festival kicks off with live performances from the young and raw talents like Rune Kuda, Patchanka and Gaden.

Later on, the foundation reggae-sound system will take the stage, the legendary Sky Juice Sound with Dj Shorty, DC Jahman & Supa Mikes, alongside the heavyweights of reggae and dancehall. None other than Kaka, Pharfar, Ida Ambrose, Jah Turban, Rudee Spice, Benny Jamz & Eaggerstunn + more will take the stage. In addition Jamaican Food & drinks will be available.

The idea behind the concept is to give the public a chance to jump, wine & dine to the reggae drum and bass line, and a break from the electronic music that otherwise fills the streets during Distortion.

This one is certainly hit bound, we a go shell it down to the ground. Rastafari.