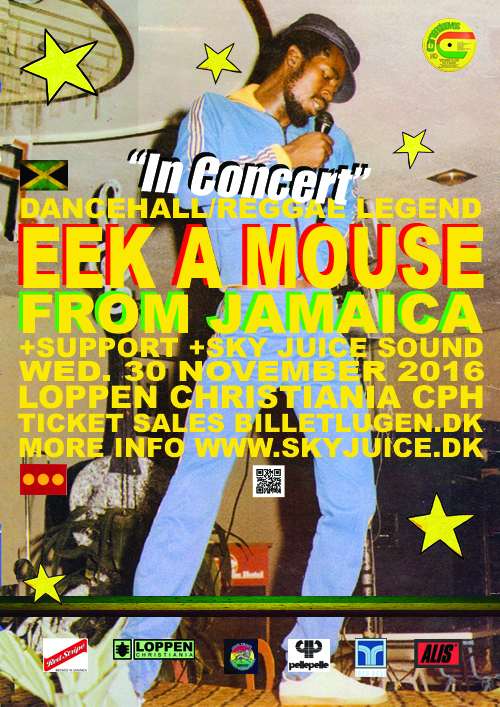 WE WISH YOU A REGGAE XMAS

Born Ripton Hylton, singer/D.J. and entertainer Eek-A-Mouse grew up in Trench Town which he calls ‘a first-class ghetto’ of Kingston,

Jamaica and is one of the most individual talents to emerge from the small reggae island. With his unique phrasing and singing style, he became instantly famous and began singing already in elementary school by age 15.

In 1981 (24 years old) he scored his breakthrough hit “Wa Do Dem”, a song that established his signature vocal acrobatics as a favourite sound with reggae audiences worldwide, topping the charts in Jamaica and England. That same year he convinced the organisers of Jamaica’s “Reggae Sunsplash” Festival to let him perform as an unscheduled opening act. He tore the place down with his electrifying performance and had the 40,000-plus audience on its feet screaming for more. He was immediately booked to play two nights at the next year’s festival. 1982 brought his first U.S. record deal and he left Kingston and hit the road and has been touring extensively ever since with 150 – 200 concerts a year.  Albums like ‘U-Neek’ (1991), ‘Black Cowboy’ (1996) and the new ‘Eeksperience’ strongly proves Eek-A-Mouse’s to be one of the best performers Jamaican reggae music has ever seen.

Eek-A-Mouse is the originator and finest exponent of that particular form of reggae, which has become known as “sing-jay”.

Sing-jay is a combination of singing and dee-jaying, (referred to in Jamaica as ‘toasting’) embellished with an assortment of unusual vocal sound effects. In the percussive and nasal aspects of his vocalisations, Eek-A-Mouse is reminiscent of African and Brazilian singers, with an element of Eastern tonality. The Boston Globe called him “the Al Jarreau of reggae”. 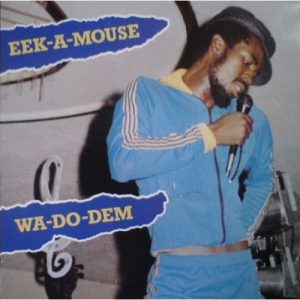 He also has a great sense of humour and ability to laugh at himself and the world. A fan of horseracing, he consistently lost money on a horse named “Eek-A-Mouse” that never even finished. He finally gave up betting on the horse, which promptly won ! The teasing of his friends led to the new nickname and he decided to keep it.

But Eek-A-Mouse is more than an ordinary singer/D.J., which his entertaining live performances are clear evidence of. Legendary show-biz spectacles that combine myriad vocal personalities with elaborate and outrageous stage costumes (gladiator, pirate, jockey, Mexican bandit, Chinese coolie, you name it), is an important part of his stage show, so maybe we will see him dressed up in Copenhagen as a Jamaican Santa Claus.

Come one, come all and check out, what the Jamaican cowboy has to offer you for Christmas, when he enters the stage in Loppen, Copenhagen Wednesday the 30th November, doors open 20:30.The number one sound system in Denmark Sky Juice Sound System will play both before and after the concert.

Jah Turban´s aim and aspiration is to spread the positive message of his music worldwide. He grew up in Spanish Town, and 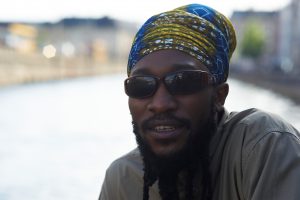 received his musical calling at an early age. He was inspired by many roots reggae artists which led him at the age of 10 to start singing on sound systems, in his area of Spanish Town. At age 16 he received the Rastafari calling which he embraced, following the culture of Nyah Bingi gatherings, drumming, and cultural music. Since his arrival in Denmark, he has toured mainly in Denmark and Sweden, and France and Italy, and has participated in several of the reggae festivals in those countries. – At the end of 2012, he started a 3 month “Back to Africa” tour of the Gambia and Ghana to get inspirations from the motherland. The tour has already resulted in a very popular track entitled For the Gambia, a tribute to the smiling coast of Africa. Plus a track entitled Fi Wi Time Now based on the Hottadanfire riddim by Ghana producer Sky Boo Reppin. Jah Turban visited the Gambia for further inspiration at end 2013 and to collect video material. Jah Turban Facebook 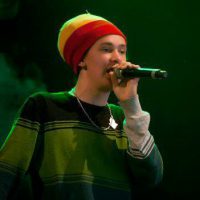 song for his mother.His father Daddy Natural has a history as musician and wrote the song. In August 2008, Junior Natural shared stage with reggae legends like Sean Paul, Burning Spear, Lee Scratch Perry, Junior Reed, Beenie Man and many others at Uppsala Reggae Festival. He has also performed together with artists like Gentleman. Junior Natural Facebook