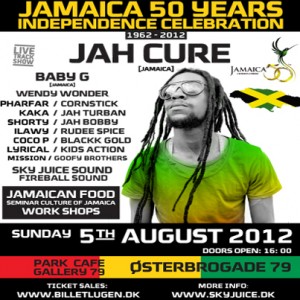 – Tribute to Jamaica by a kids action
– Jamaican Food 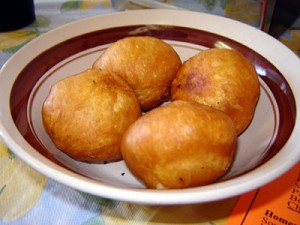 Jamaica got independence from England on the 6th of August 1962

On August 6, 2012, Jamaica will be celebrating the 50th anniversary of its independence.
An island in the Caribbean which became home for African slaves who elevated themselves with the motto out of many one people, to become famous and respected the world over for their many accomplishments like,
The globalizing of reggae music with the King Bob Marley, Sean Paul, Shaggy plus many many more,
Jamaican Music was responsible for the birth of Hip Hop,
The manifestation Rastafari,
Civil rights leader and national hero Marcus Garvey,

This event will be big in Jamaica and where ever Jamaicans and Jamaican culture is popular over the world.
Denmark should be involved in this event because reggae music and Jamaican culture is growing to a great extent in Denmark with popular reggae artists like Natasja, Bikstok, Eaggerstunn, Pharfar, Kaka, Wafande Klumben, and Raske Penge also during the 1980s, the Danish group Laid Back released the now world known reggae hit Sunshine Reggae, Tösedrengene and Gnags also released reggae influenced songs, in addition we should not forget the still talked about performance by Bob Marley at the 1978 Roskilde Festival which was a milestone in the history of the festival.

Jah Cure: the headliner for this event is at the forefront when refers to high grade reggae 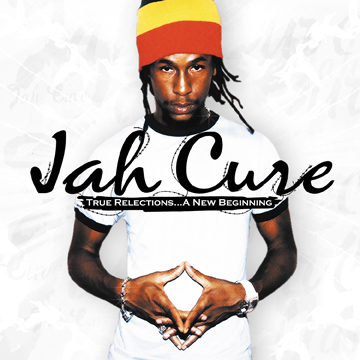 entertainers, a household name for music lovers of the Diaspora. As an internationally acclaimed singer and songwriter.
Jah Cure is recognized today as “The High Priest of Reggae.” Born in Hanover, Jamaica on October 11, 1978, the young man with the voice of a canary. Was heard by the Jamaican music icon Beres Hammond who subsequently took Cure under his wings and began mentoring him in the studio and producing him.
Cure recorded and released several records, many of which topped the charts as # 1 singles. Two songs, “Jamaica,” produced by DZ Productions and “Longing For,” produced by Don Carleon, both hit # 1 on the Jamaican reggae charts and were international hits. Cure’s first album, “FREE JAH’S CURE,”
Beres Hammond produced Cure’s second album, “GHETTO LIFE,” which featured the single “Divide and Rule.” This song was voted the best song of that year.
As Jah Cure’s records saturated the airwaves globally and in 2007 Jah Cure has topped the music charts with three # 1 singles. First, it started with Call on me featuring his label mate Phyllisia, followed with you’ll Never Find, and presently the # 1 smash, Unconditional Love. His new single, Like I See It, featuring Rick Ross, and the re-mix with dance hall king Mavado, are starting to rock the international clubs and dance halls across the reggae Diaspora. This record is destined to be his fourth # 1 consecutive single.
Cure’s new album, “WORLD CRY,” with the first single off that album, “Unconditional Love,” recorded with his label mate, recently shot to the top of the charts and became the # 1 Reggae single worldwide. That collaboration was the first of many for Cure on the upcoming album. The album contains collaborations with Tupac, Keri Hilson, Mavado, MDMA, Rick Ross, Jazmine Sullivan, Shyne and several others, crossing the reggae, hip-hop, Latin, Pop and R&B genres.

Celebrating Jamaica 50 years is an indication of the strength of a people and the eternal legacy of the ones before who fought for great achievements with the motto out of many we are one.
This event will be live, exciting, informative and full of party celebration vibes it will surely bring a sense of great pride and joy. So don’t miss this chance to be a part of this celebration night with a 100% satisfaction guaranteed.

Nyah bingi  is the mystical power of the Most High throughout the universe. Nyahbingi has come down to the Rastaman to signify “chanting down the oppressors, Therefore, it is through prayer, music and reasoning that the Rastaman chants Binghi, playing drums and calling on the forces of nature to destroy the powers of wickedness. 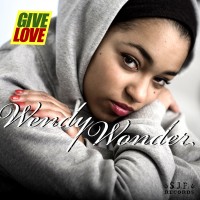 A female artist whose voice has a character and who is surely carving herself a name in the reggae fraternity in Denmark.She has recently featured in the recording of a Danish language reggae song “Lever for dig” by the popular Alex (Madnes4Real). 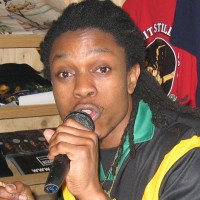 Shorty a Jamaican who migrated to Denmark, where he joined Sky Juice sound as the main selecta.Papa Shorty was always faced with a problem, he couldn’t decide if he wanted to be a fulltime artist, or a fulltime selecta, so he kept on doing both, in 2010 he recorded a few songs, among those are Miss Right and Jimmy.

Have been in the business for a long time now a true sufferer. Born and grew up in Kingston and learned the music working in the Bob Marley studio Tuff Gong, 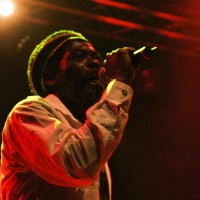 The Veteran Jamaican singer entertainer known as Jah Bobby started singing at age 8 but it was not until 12 years ago that he seriously made the right move to explore his musical talent. Jah bobby has a unique voice styling, which is compared to Skelly of Israel Vibration (who have played one of the best roots reggae concerts in Copenhagen), his new album On the street again is currently out.
Jah Turban: 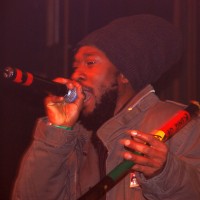 Also known as Singing Roots
A reggae artist from Jamaica who has appeared on releases from some of the Danish Reggae labels. His big herbalist tune, Pass Me The Ganja from Food Palace Music /Juicy Halftone, the hit tune Babylon Doom and the dazzling Move Vampire from SJP Records. This artist By far one of the most crucial and compelling reggae artists who has not only made a name for himself amongst Reggae fans in Denmark, but is now starting to push his music globally. Jah turban mission is to uplift all people all over with songs of roots and culture, with a determined motivation towards equality and justice for all remember the poor ones.

Is a fresh young Danish MC with a strong rhythmic sensibility and the talents of a natural performer, was inspired the late Natasja, honored through the next generation Youngblood Soundsystem and the apprentice route of Splif Click. Little Kaka Facebook

Pharfar and fresh i. Pharfar Runs the Studio Food Palace music In The Centre Of Copenhagen alongside Fresh i. Producing Roots Rock Reggae Music With Many Jamaican Artist ANd So far 2Riddims done 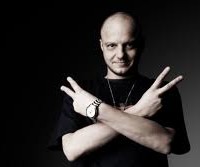 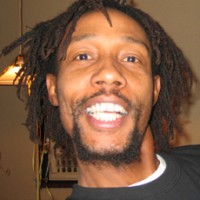 Alwy Abdul Wahab El-Hady was born in Dar Es Salaam , Tanzania . He came to Denmark in the mid eigh ti es and soon after he was deeply involved in the
Reggae scene.   As part of legendary  sound system Sky Juice Sound he has toured all over Scandinavia . Furthermore he has been lead
singer in the Reggae/Dancehall band Japaf and he has worked with Reggae acts such as Bass & Trouble and Ministry Of Harmony. 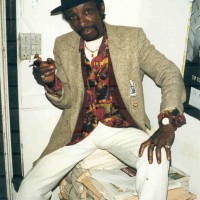 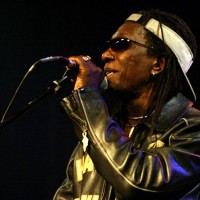 A authentic Jamaican singer and song writer who have been in the business for many years,  a soulful singer indebted to classic rocksteady and American R&B, his distinctive voice has a great appeal to all music lovers. look out for his new single dont look any further a certain hit.