We are deeply sorry to inform you that Mr Williamz featuring on the Old Skool Reggae event is cancelled due to a passport problem. So we have decided to postpone this event until further notice.

All ticket holders who purchased their tickets will be refunded.

All blessings – and for all Mr. Williamz fans, we will try our best to set up another show when his passport problem is solved. 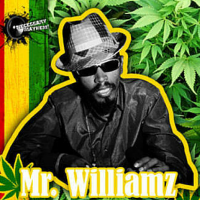 Mr.Williamz emerged onto the reggae scene in 2008 with his debut single “Babylon in Helicopter” which reached No1 in the U.S singles charts, No2 in the German reggae charts and charted No 15 in the German reggae charts of the year 2008. Also becoming BBC artist of the year in 2008.Having toured Central America (Costa Rica – Panama) Japan and India along with many countries in Europe, Mr.Williamz iz fast proving to be one of the most promising reggae/dancehall artiste out of London,U.K
http://www.mrwilliamz.com/

Reggae/Dancehall is a way of life in Jamaica, and Sky Juice Sound found a way to make this culture shine in Copenhagen with the coming together of all kinds of peoples in an epic way with, Huset Barbue and The Melon Club, during the late 1980’s and early1990’s every Thursday night in Copenhagen, The Melon was the place to be.
It was the summary of authentic Reggae/Dancehall vibes, where the Musical rebels came together for one night.
As an artist The Melon Club was your ticket to get recognized. Ask Natasja known as sista Livingstone known as Little Tasha, who is no more with us today (RIP), Papa Dee, and countless others. 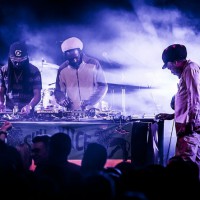 NOTE OF INTEREST – Reggae – Around 1960, in the slums of Kingston Jamaica, where the local bands were playing a musical mixture of American R&B, Caribbean, and pan-African sounds, drummers began to emphasize the afterbeat, the 2nd and 4th beats (4/4 time) in unison with the piano and guitar while the bass played walking quarter notes. The musicians called the sound “Upside-down R&B”. It soon became known as “Ska”. As time passed Ska slowed the beat, lost it’s brass sound and morphed into “Rocksteady”, performed with fewer musicians and using more harmony vocals. Around 1968 the influences of Rastafari and Africanism along with political and social unrest in Jamaica gave birth to “Reggae”, with a slower, stripped-down, less “Pop-like” sound often with accents added on the 3rd beat. Today the term “Reggae” applies broadly to all the Jamaican born music that contains the original afterbeat rhythm.