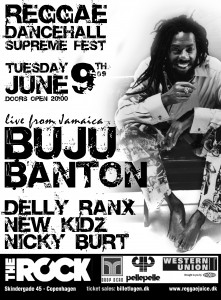 live and direct from Jamaica

Reggae Dancehall Supreme Fest 2009 will be THE stage show this side of 2009, For Real. This show will be hatta hatta fyyah with the Musical sounds of Jamaica – Live, En-ergy and Healing. This kind of show you just cannot afford to miss!! Rastafari. 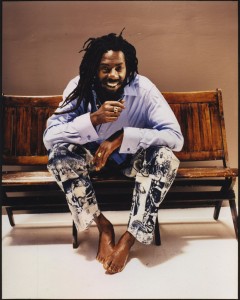 live in concert at The Rock in the heart of Copenhagen. The Last time Buju Banton was in town, the venue was sold out – and critics and journalists dubbed it the concert of the decade with his phenomenal performance and super tight Shiloh Band.

Over the last ten years, the name Buju Banton (a.k.a. Gargamel) has become synonymous with modern reggae. Having metamorphosed from a brash teenage phenomenon into a self assured deejay and singer, Buju’s fusion of traditional roots rock, contemporary R&B and dancehall DJ’ing have earned him a prophet like status in his Jamaican homeland. 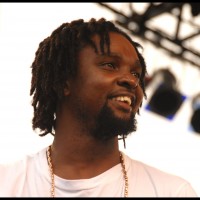 Is a deejay who has been in the game for many years. With several local hits in Jamaica during the mid-1990s, his first big hit was the new classic dancehall track “Red Bull & Guiness.” Delly Ranx also voiced the title tune Red Bull & Guiness alongside Chino which became an instant hit. Its amazing that after more than ten years in the music industry, Delly RanX has managed to find himself listed among the top 20 dancehall toasters in Jamaica. His throaty delivery has made him stand out, with his clever lyrics and style he continues to move dancehall fans worldwide. 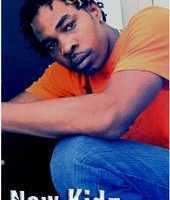 Is the protege of Buju Banton – and a promising act on stage. Despite the lack of a major hit, New Kidz has already been touring most of the world as a part of the Too Bad Tour since 2006. Last year New Kidz was featured on the big hit Curfew on the classic Three Blind Mice rhythm alongside Buju Banton, which was a large hit in Jamaica. Last time New Kidz was in Copenhagen, he delivered a very energetic performance.

Nicky Burt is still a new name on the reggae scene, but she has already worked with top artists like John Holt and Tony Rebel and most recently with the Italian hit-machine Alborosie on the tune Against The World.

Sky Juice Sound is one of the veteran sound systems, introducing and promoting the Jamaican sound system culture since the early 1990s. With the selectors Shorty, Speng and DC behind the turntables you will be introduced to the sound of Jamaica