Listen to the first 10 min. of this live stage show with Gregory. 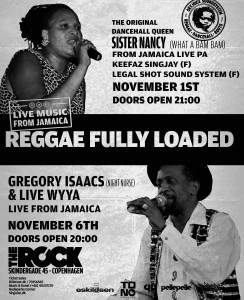 and live Wyya live from Jamaica

Sister Nancy is one of the first, if not the first, female deejay to get a start on a sound system. Born Ophlin Russell, Sister Nancy grew up in the Tavern area of Papine in St Andrew Jamaica.

Her entry in the music business dates back to 1977, when she began to deejay on a sound system called Chalice. 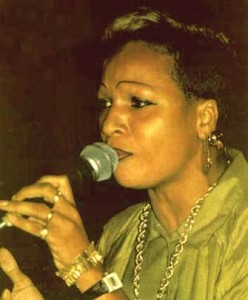 Her first hit song came in One Two, which shot its way up local charts in the early 1980s. Other hits which she scored in the 1980s include Money Can’t Buy Me Love, Transport Connection and the famous Bam Bam.

‘Mumma Is Coming’ won her the Rockers Award for Best Female DJ; Ram Dance Daughter and Pass The Chalice which came from the Shocking Vibes outlet.

To date, Sister Nancy has recorded three albums. One Two was done for Winston Riley of Techniques, while Number Two was for the late Henry “Junjo” Lawes. A live album Reggae Explosion for Heartbeat Records was done in 1983 in Scotland.

Sister Nancy is the sister of veteran deejay Brigadeer Jerry and she is the mother of a 14 year-old daughter, Shandie.

“I am ready as the first day I came in to the business. When I take up that microphone, trust me, everyone feel well nice, you done know,” she concluded.

Gregory Isaacs born in the Fletcher’s Land area of Kingston Jamaica ranks as one of the true superstars of reggae music, with a career that spans three decades and a legions of loyal fans worldwide. 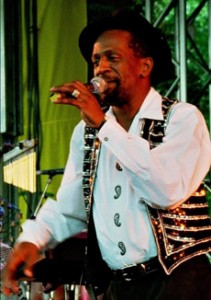 The one and only “Cool Ruler”, is internationally known for his big hits  “Number 1”, “Night Nurse”, “Border”, “Rumours” and “Slave Driver”… to name a few.

A prolific recording artist and performer, onstage he drives crowds into a frenzy with the smallest of gestures, for this he’s been dubbed “The Cool Ruler”

Isaacs has some of the best known classic roots and dancehall anthems, as well as lover’s rock a genre he virtually invented.

His distinctive voice and his unique appeal to both men and women makes him one of reggae’s greatest legends.

Listen to the first 10 min. of this live stage show with Gregory.

Photos from the show 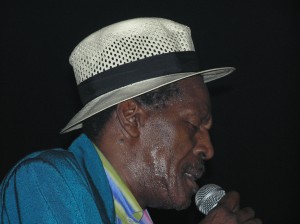 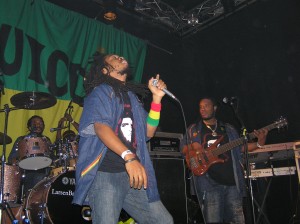