Reggae Dancehall to the world 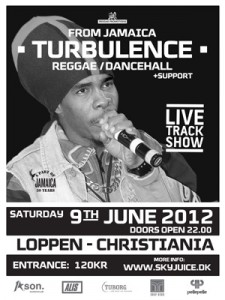 Turbulance aka Sheldon Campbell is becoming one of the leading deejays and reggae artists in Jamaica. His rich and powerful singing voice, has been influenced by great artist such as Bob Marley, S…izzla, Jah Cure, Louciano, Mikey General and his older cousin Norris Man.

Nowdays he will “focus more on singing, and less on deejaying”, with the aim of bringing his listeners songs of truth, love, and positivity.

He has released a large number of albums including” I Believe”, “United” “Rising” and “Notorious”.
Also know for the HIT “Blood dem out”.

Today he is considered one of Jamaicas stars.

stay in tune for more updates