A Fiwe time nottin nah gwaan – Talking to all the  youths og the future.
SJP Records release the  brand new reggae single called “Fiwe Time Now” written by one of the most crucial and compelling Jamaican reggae/Roots artist . Which is now available for download at Skyjuice online store

New single Life Is by Jah Turban on the street. 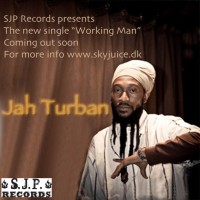 Jah Turban has been working hard and knows it has been some time since his fans have heard from him. So Jah Turban has decided to put out a new single coming your way soon,  but in the mean time take in a preview of the new single Working Man to be released, on Monday the 28th November 2011, stay in tune for updates.

Listen to the preview

if you have a problem refresh page 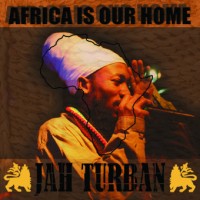 Jah Turban to be released on the 6th of June 2010, at Lades Kælder, Kattesundet 6, Copenhagen. It is a taste of the full album to come, from S.J.P Records.

The songs are available for sale on the Skyjuice Online Store!

Jah Turban is one of  the rising Jamaican reggae artists, who at this moment is extremely popular within the Danish reggae scene, with a aim to declare his message internationally.

If you like conscious lyrics and new roots reggae, then you will surely love the levels of this EP, with its positive word sounds of reality which is tailor made to uplift the youths dem.

This 6 tracks EP include songs like 1.Babylon Doom: Which has an Authentic roots sound reminiscent of the 70s reggae style. 2. Mystic of Jah: Is an up-tempo song of praises to Rastafari.  3. Show some love: has an international Rockers sound, featuring Dc Jahman. 4.Africa is our Home: Is the title track of this EP. 5. My Empress: Is a conscious lovers rock song. 6. Move Vampire: a Roots/dancehall track, was his first single release and his most popular to date, which whenever he performs it live has the massive jumping and singing along.

The songs are available for sale on the Skyjuice Online Store! 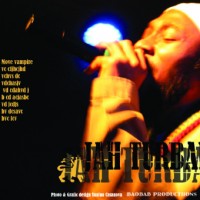 This is Jah Turban New video Babylon Doom the first track from The EP Africa is our home, Jah Turban has delivered a good showing of himself along with his ideas of having stills and moving clippings in getting across the message that Babylon wicked system must  fall with good over evil and how the youths should come together and be positive. We must big up Pharfar who made the video  for his great creative works in making this video possible, and also to the artists who made time and effort to be apart of the shooting, man like Dc, Lyrical and Coco. So tek inn dis yah music show look and listen there is much positiveness to see and hear, to make our world a better place. Have a joyous viewing, bless.

Listen to ‘Praises to Jah live at loppen

[audio:http://skyjuice.dk/wp-content/uploads/2010/09/I-give-praises-to-Jah-by-Jah-Turban-Live-at-Loppen1.mp3|titles=I give praises to Jah – by Jah Turban Live at Loppen]