Natasja foundation will award personal and group projects contributions to  Reggae music in Denmark, on Saturday the 29th of October 2011, at Pumpehuset doors 22:00 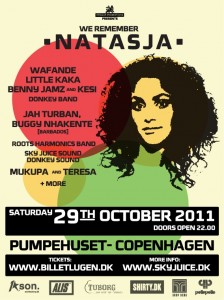 where we will be presenting a host of live reggae acts for this night. 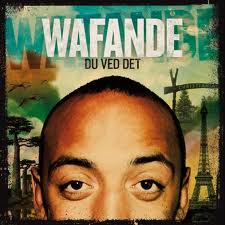 A rising star is being created in the musical sky of Denmark. Along with the producers Fresh-I og Pharfar (Bikstok & Natasja) Wafande recorded his debut album with guest artist  Stine Kinck Xander and the young upcoming rapper Kaka. The reggae inspired Wafande has previously song in english and french, but this album is entirely in Danish. With the smashing summer single ”Gi’ mig et smil” he got one of the biggest hits this year, and the video has more than 1 million hits on Youtube  Wafande facebook 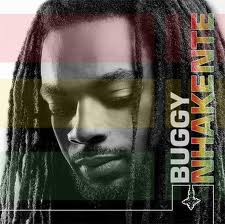 is not an unfamiliar title to Buggy, having earned this title as well as “Best Reggae Single” in 2007, 2010 and 2011 and also collecting“Videoof the Year” 2009. With phenomenal collaborations with Sizzla included in his repertoire like “The Family” and “So In Love”, and the successful release of his debut solo album “NHAKENTE” featuring the hit single “I See Dem”. Buggy Nakente Facebook and Buggy Nakente Website 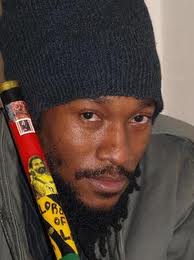 from Jamaica has appeared on releases from some of the Danish Reggae labels. His big herbalist tune, Pass Me The Ganja from Food Palace Music /Juicy Halftone, the hit tune Babylon Doom and the dazzling Move Vampire from SJP Records. This artist By far one of the most crucial and compelling reggae artists who has not only made a name for himself amongst Reggae fans in Denmark, but is now starting to push his music globally. Jah Turban Facebook

is a fresh young Danish MC with a strong rhythmic sensibility and the talents of a natural performer, honored through the next generation Youngblood Soundsystem and the apprentice route of Splif Click. Little Kaka Facebook 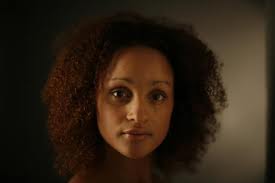 will do a duo tribute. Mukupa from beginning of the 1990s represented one half of the Danish highly respected hip-hop / reggae phenomenon “No Name Requested”. The duo consisted of the late reggae queen of Denmark, Natasja, and Mukupa herself and they are till this day still remembered as a phenomenon that revolutionized Danish hip hop and reggae. Mukupa Facebook and Teresa Facebook 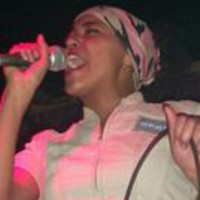 Denmark, with many releases credited to her over the past 6 years. SJP Records has just released her latest single called “Give love” a catchy new reggae tune. Wendy Myspace 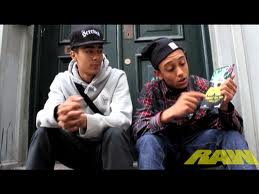 Donkey Band.Is a backing band set up by Pharfar for backing of his artists. Pharfar Runs the Studio Food Palace music In The Centre Of Copenhagen producing Roots Rock Reggae Music With Many Jamaican Artists. Donkey Band will back Wafande among others.. Pharfar Facebook and myspace

Donkey sound. With Pharfar and fresh i. Pharfar Runs the Studio Food Palace music In The Centre Of Copenhagen alongside Fresh i. Producing Roots Rock Reggae Music With Many Jamaican Artist ANd So far 2 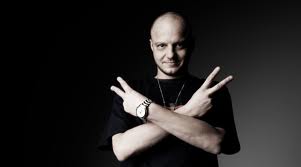 Riddims done The Morning Riddim Og Colliemonster Riddim. Also Working On Full Lenght Albums With King Kong Mykal Rose And Nicky Silk
Members of Food Palace Music Include Fresh I and Rasmus “Junkyard”   Donkey sound will play the people’s favourite Tasha’s songs and other reggae hit before and after the stage show. Pharfar Facebook and myspace

Sky Juice Sound: The year to year sound. will play the people’s favourite Tasha’s songs and other reggae hit before and after the stage show.

This event will remember the days when Tasha was with us. So don’t miss this chance to be a part of ‘We Remember Natasha’

Stay in tune for updates