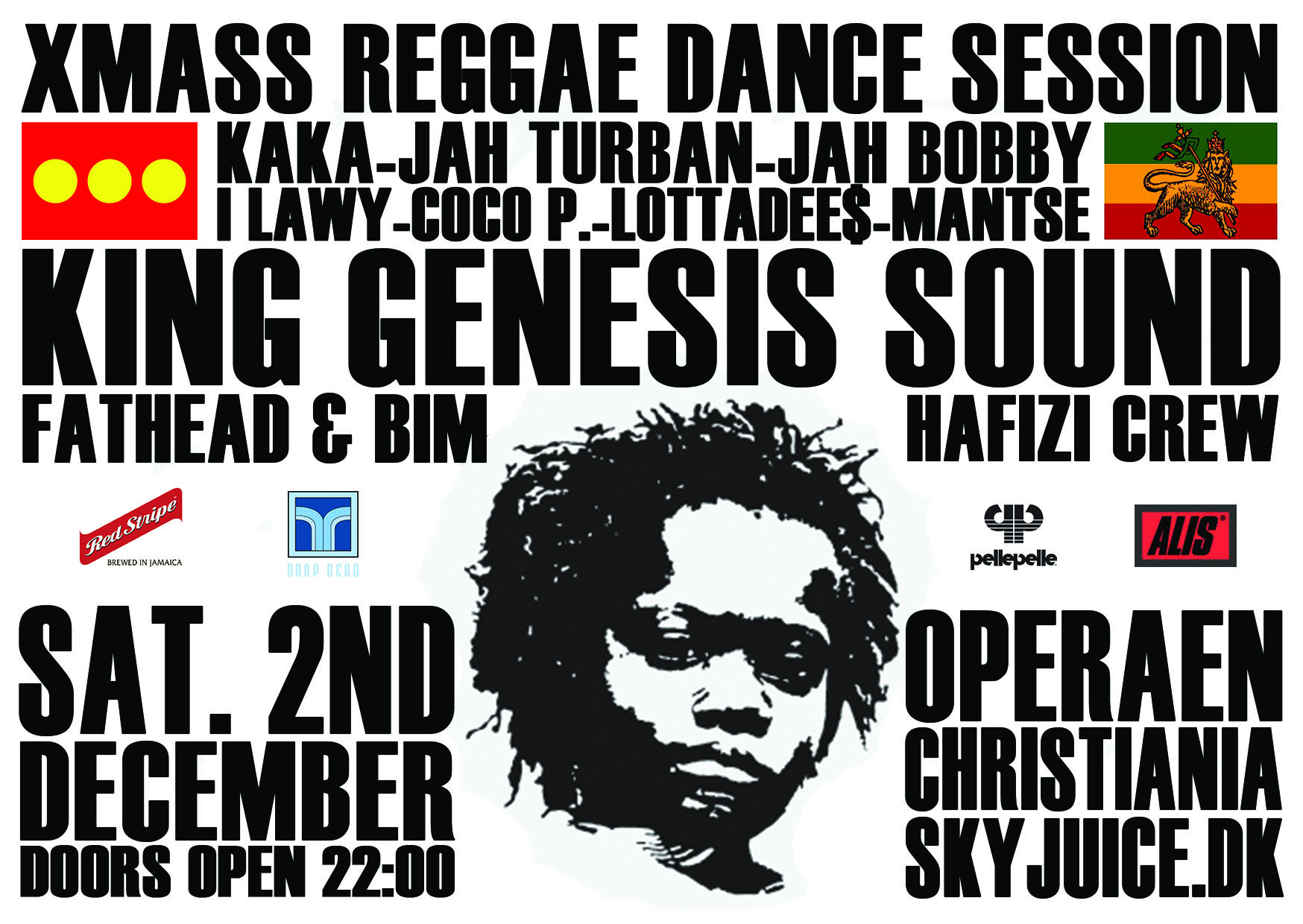 Is all about upcoming – known artists & The sound Culture from Jamaica 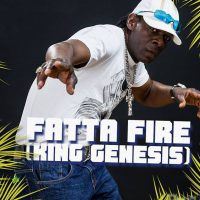 Fathead is a experienced sound selector, back in the eighties his second home was Skateland in Jamaica where all the top sound system played. One of the top sounds back then was Genesis and this is the sound that will play on this night talking about sound system culture.

Performing artists on this special night. 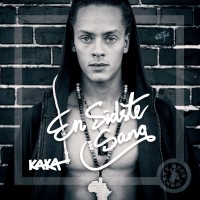 In 2007, Kaka had his debut appearing on stage with Natasja Saad on her last shows in Copenhagen before she died in Jamaica. Kaka later collaborated with Lirical D’Mirical and his sound system Splif Click also being part of the Danish reggae underground scene with Youngblood Sound. In 2009, he allied himself with the producers Pharfar and Fresh-I and their sound system Donkey Sound. In 2011, he was featured in Wafande’s debut single “Gi’ mig et smil” (meaning Give Me a Smile), with many more singles following. 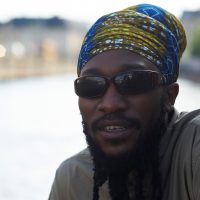 He grew up in Spanish Town Jamaica, at age 16 he received the Rastafari calling. Since his arrival in Denmark, he has toured Denmark, Sweden, France, Italy, Mexico and Africa + more.
Jah Turban´s aim and aspiration is to spread the positive message of his music worldwide. more info
https://www.facebook.com/Jah-Turban-212450028777059/?fref=ts 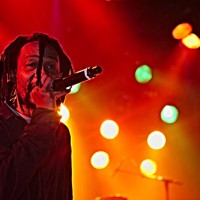 Well-known for his silky voice and lively performance, Ilawy has worked with bands like, Japaf, Nobody Beats the Beats and Ashtiani & Baltzer. Working with reggae producer System Failure Ilawy has released the single Stand Firm on the Copenhagen-based Crucial Sounds label. Ilawy is truly an experienced singer and an eye catching performer to watch every time he enters the stage. Ilawy Facebook https://www.facebook.com/ilawyrootsculturereggae/?fref=ts 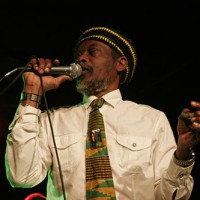 Has a unique voice styling, which is compared to Skelly of Israel Vibration (who have played one of the best roots reggae concerts in Copenhagen) 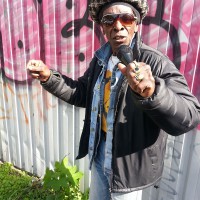 Veteran all round Jamaican singjay artists who been performing on stage show for many many years in Europe. His single One Scotch is his signature song and is his hottest release up to this time his fans love it. Coco P will mash up any stage show.
more info https://www.facebook.com/poco.loco.503 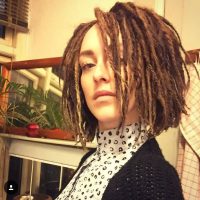 Is a reggae lovers rock, dancehall, rnb and pop artist. She started singing at an early age and has blossomed into a singer for the people with her lyrical content. Lotta D’s aims to challenge old ideas, open the mind to new ideas and empower her fans through her music. more infohttps://www.facebook.com/lotte.ditlefsen

Mantse hails from Akropong-Akwapim in the eastern region in Ghana. He is a Musician, Producer and Humanitarian, he grew up listening to reggae. He is currently in the studios working to release his REAL LIFE project to inspire, educate, touch and change lives globally Mantse Superfly is here to make a difference. . more info
https://www.facebook.com/pg/mantsesuperflyofficial/about/?ref=page_internal